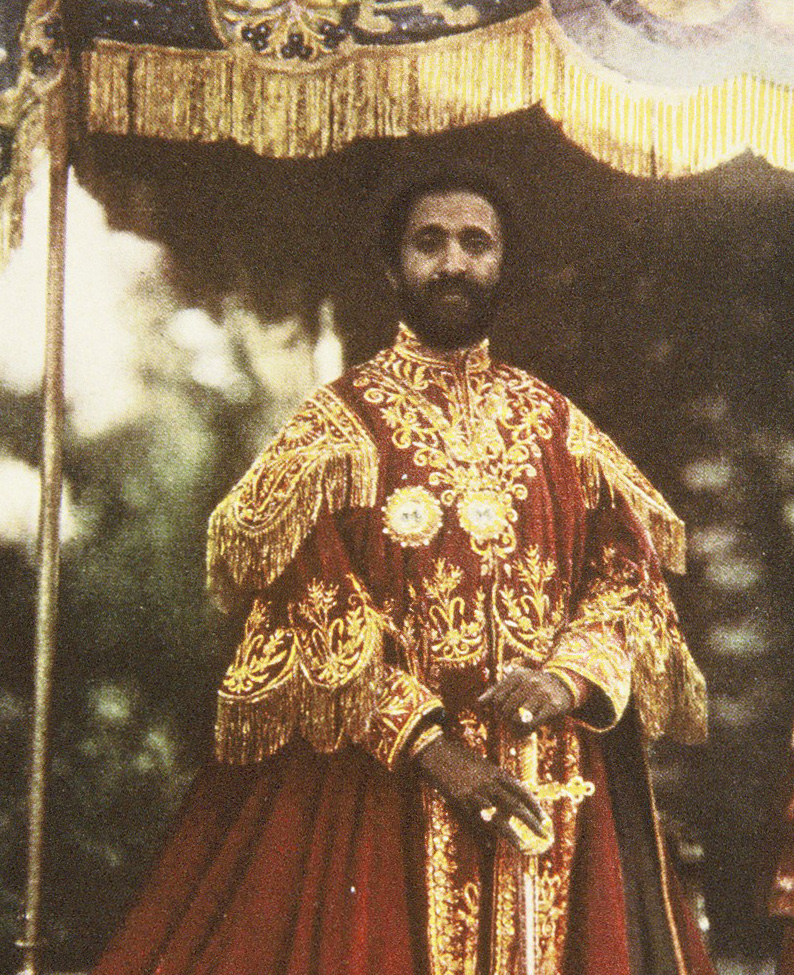 “I know that the Jamaicans are here because of our king,” Daniel Wogu, an eighteen-year-old student and Shashemene inhabitant working toward acceptance in a medical program, told me. “They believe that he is sent from God to save them or make the black people free from slavery. They have their own history,” he continued. “As I have learned
from Ethiopian history, they say that our king went to their country to visit and there were some unexpected happenings. There was rainfall or something. They say then that this proves that Haile Selassie is not actually a man, but is God.”

Henock Mahari, an Ethiopian reggae musician born and raised in Addis Ababa, the city where he still lives and works, said something similar: “He was once in Jamaica and it hadn’t rained, and then it did rain. They accepted him as a God because of this miracle. They see him as a messiah and call Ethiopia their Promised Land and leave their home to come here and finish their life here.”

In a general discussion with my hundred-strong English language class at the Afrika Beza College, a female student told me that “Jamaican people live in Shashemene and they like Ethiopian people very much because Haile Selassie went to their town and at that time there is no rain. When Haile Selassie got there, there was rain. So, after that day, Jamaican people like Ethiopia very much.”

Shemelis Safa, a high school teacher in the town, had a similar explanation for why Rastafari move to Shashemene:
As I know, Haile Selassie went to Jamaica. It was very dry and they needed rain. Unfortunately, when this king arrived in Jamaica, the rain came. There started a superstition, a belief—“oh this is a good person,” they said. Their famous singer Bob Marley and other leaders told the people that the King is a very nice king and Ethiopia is very nice, so they associate the king with their religion. . . . Haile Selassie is from the Solomonic dynasty and they consider Haile Selassie God, so they respect him more than the people in Ethiopia.
We Ethiopians saw Haile Selassie as a king—a man who made many mistakes and did some good things.

Found in The Miracle Story, from Chapter:
Christianity and the King, Marriage and Marijuana.
Book Title: Visions of Zion: Ethiopians and Rastafari in the Search for the Promised Land
by Erin C. MacLeod. NYU Press. (2014)
Image source: African Kings and Queens and world Kings and Queens in forum Deshret at EgyptSearch Forums.